This week we’re working on saying yes instead of yeah. And by “we” I do mean “we”. All of us need to brush up on speaking like educated people who know that the real word is “yes” and that “yeah” is a sad, lazy and inappropriate way to affirm anything. Somehow yes has dropped out of the English vocabulary to a shocking degree. Please, let’s bring it back! This is on the top of my personal to-do list because I’ve noticed that my little man, more often than not, says a long drawn out “yeeeeaaaahhhhh” to answer questions asked by me and other people. Although it sounds pretty cute (and a little gangsta) when he says it, I know that it won’t sound cute when he’s 12. And, like I’ve said before, I think that it’s easier to cement habits before he knows that he has his own choice in the matter and while he still sees me as an all-knowing authority. So here we go with this week’s manners Monday lesson!

Put it into practice:

As soon as my kiddo could speak, we had him saying “yes”. In fact, I’m pretty sure that, “yes” was his second word. His first was, “WOW”. When we would feed him, we would ask him to look us in the eyes by saying it and pointing to our eyes. Then we would say, “Would you like some more?” and show him the spoon of his favorite stuff. He would move his head forward and then we would say, “Say, yes.” He picked it up pretty quickly. We still do the same thing. “Would you like some more?” “Yes” “Ok, but how do you ask nicely?” “Yes, please.” “Thank you for asking so nicely. Here you go.” We don’t do it for every scoop of food. And, he’s feeding himself more and more now so we’ve started adding it to the conversation when he asks for toys or to go outside or whatever.

When I ask him if he had fun at the park and he says, “Yeeeaaahhhhh.” I say, “It’s yes, the word is yes, not yeah.” And he repeats after me “Yes.” Sometimes he says it right off the bat with no prompting which makes my heart melt. Other times, I have to remind him to say yes. But, I know that it is catching on and that he is turning into a polite, kind and amazing little person. Of course, all of this correcting of his speech has me realizing that he’s really just imitating me and that I have to get better at catching my own lazy speech patterns if I want to make an indelible change in his. Ug! I never knew how often I said “yeah” until I started trying to self correct. Man, it’s tough! But it’s all about repetition and consistency. We can do it!

Do you have any ways that you like to work on this with your toddlers and yourself? Share your tips, please!

This is where it gets to be more fun. Like last week when we talked about teaching kids to say please, thank you, and you’re welcome, you can turn this into a game that will make a noticeable change in everyone’s use of “yeah” in a matter of days. Well, as long as your kids like games. Kick off the lesson by correcting yourself and asking your kids to correct you. This might suck for you a little, but they will love catching you doing something wrong. Then, after a day or so, make a game out of correcting each other. Don’t make it feel strict, but you can keep score to see who said the most “yes”s over the course of the week. Only count the yeses not the yeahs. You don’t want to focus too much on what’s incorrect. It’s about reinforcing good behavior and helping each other become more well-spoken and polite.

Have you found other ways to get “yes” back into kids’ vocabularies? Please tell us how you did it! Friday Reads: Being Busy and Getting Busy 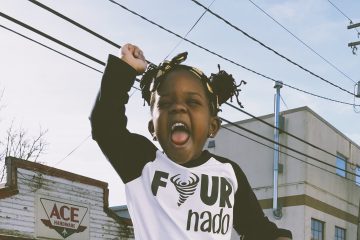 Free Score Submission to Mensa for Kids in March 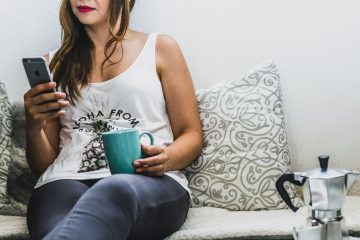 How to Deal with a Phone Obsessed Spouse